Wow, just can't be any happier about this 2020 pheasant season in SD. Lots of birds just as I expected. Crops are harvested at a high percentage. Seeing lots of sharptails as a bonus. Really having fun! 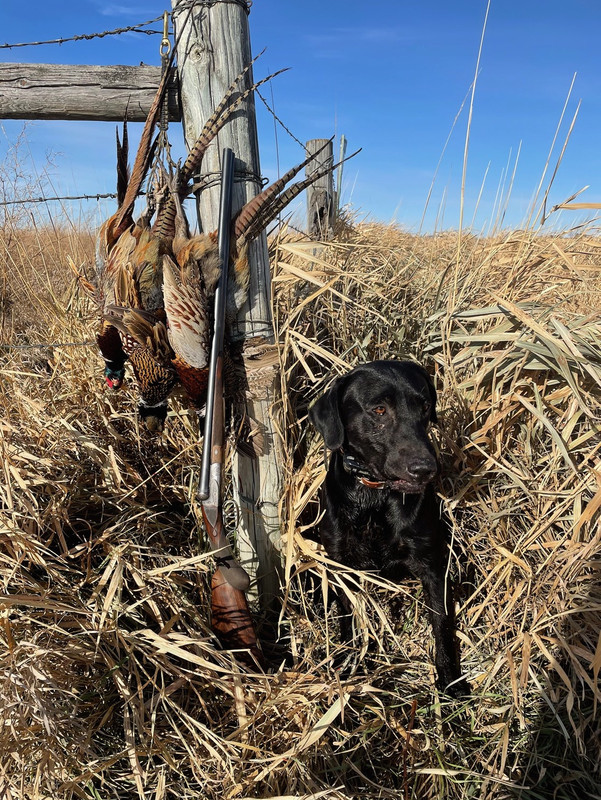 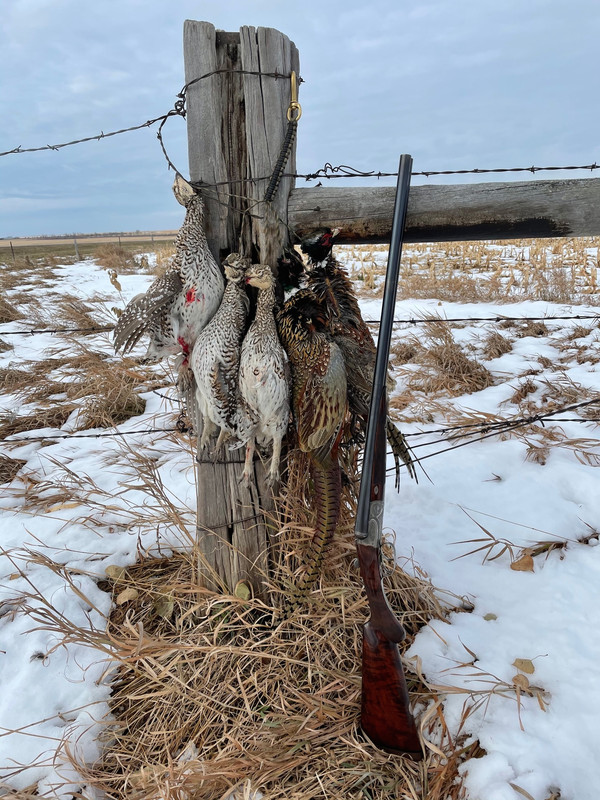 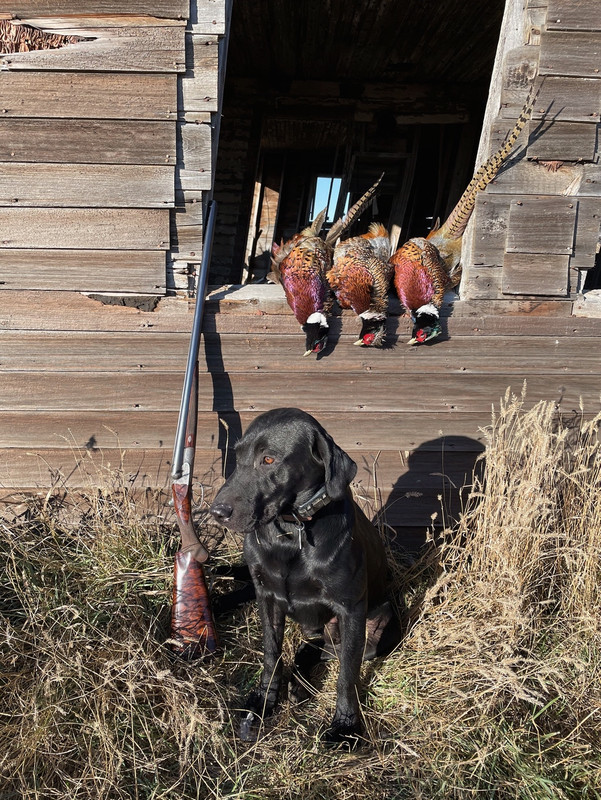 Great pictures !!! Glad to here there Are good bird numbers .

Curious The Who the maker of your side x side is Fox?

dukxdog said:
Wow, just can't be any happier about this 2020 pheasant season in SD. Lots of birds just as I expected. Crops are harvested at a high percentage. Seeing lots of sharptails as a bonus. Really having fun!
Click to expand...

Awesome pictures! Thanks for sharing! Glad to hear you're having a good season. (And wow, that's a pretty gun! What is it?) I've been hunting these things my whole life, & so far this is the best 1st month I've ever had. And I've had some awful good ones.
Last edited: Nov 16, 2020
"Most pheasants in South Dakota don't react too well to #5s." -The Hunt for Red Rooster
J

Great pictures. Makes me want to get back out to Sd. I better start planning my second hunt.

KSBrittman said:
Curious The Who the maker of your side x side is Fox?
Click to expand...

Bobby, some of those pictures look familiar! How are the rest of the people in your house doing this fall? Are they getting on birds?
Joel
http://www.nelsonkennel.com/
B

BB when am I going to get the invite? How is your neighbors golden doing? Does he get him out hunting much?
Joel
http://www.nelsonkennel.com/
B

goldenboy said:
BB when am I going to get the invite? How is your neighbors golden doing? Does he get him out hunting much?
Click to expand...

Dave is coming this week as a matter of fact! 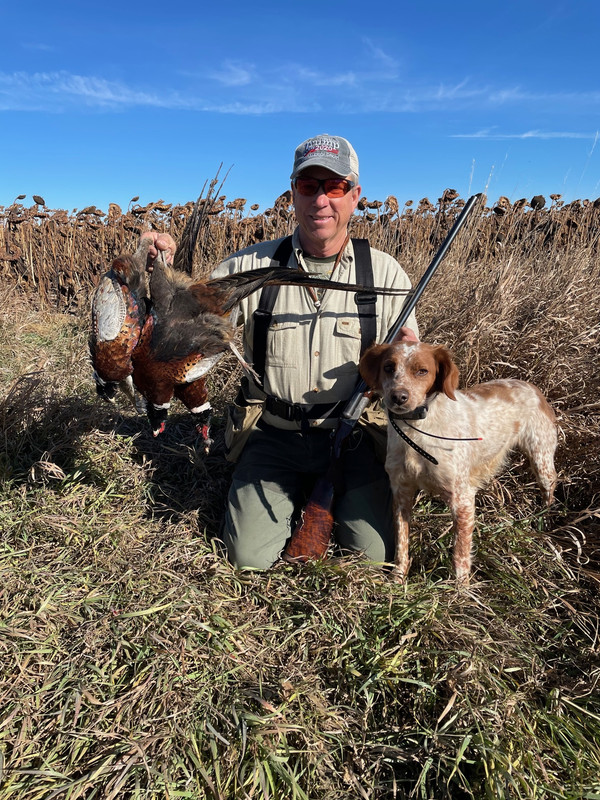 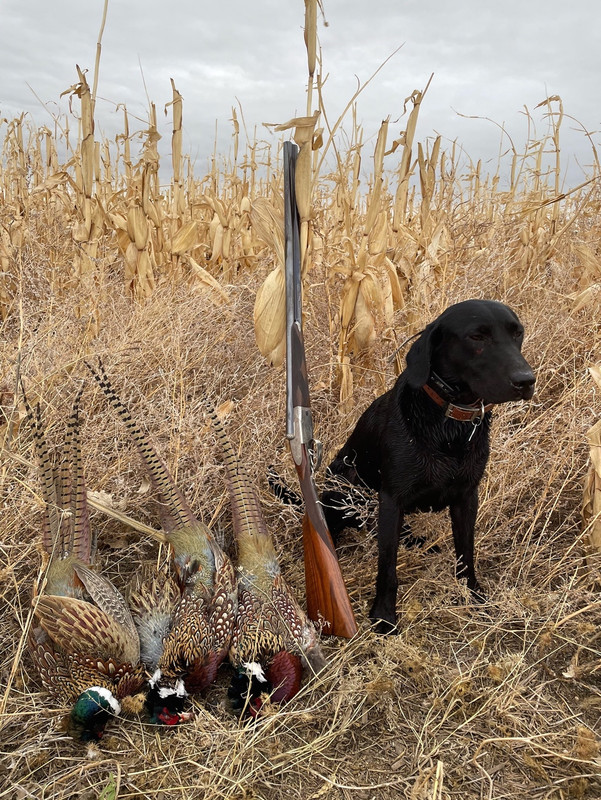 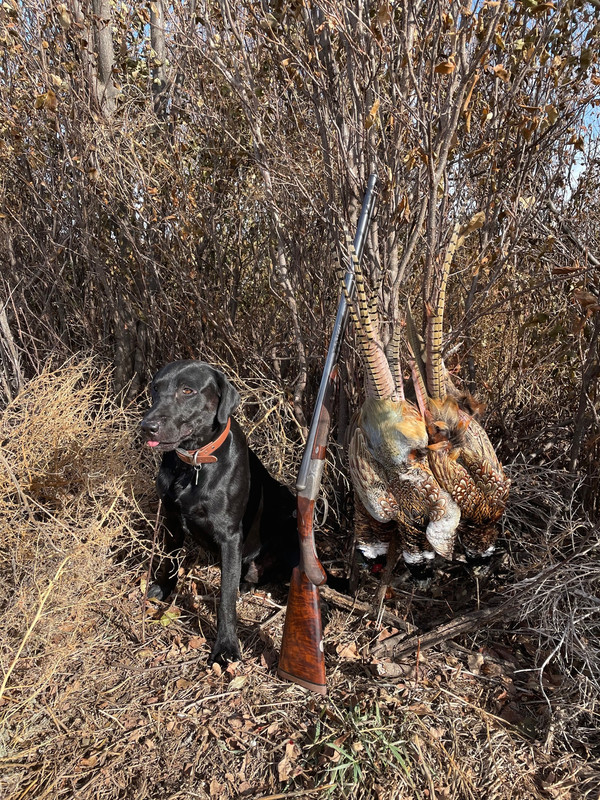 Livin the dream!
I have a few trips planned between now and the end of the year.
Joel
http://www.nelsonkennel.com/
R

Great pics! Heading out west river Thursday. Bird numbers are insane. Good luck to all the rest of the season
S

My party of 8 hunted the Mitchel area last week. A combination of private and public. We harvested 65 birds behind three labs. I would have to say bird numbers were about the same as last three years. Although, they were not bunched up like last year. Just about every piece we worked had at least one rooster, no matter how large or small. If we stopped on it, it had the right stuff and even if it was only 50 yards by 20 yards, we found a rooster. I can't remember a single stop without at least one. Last year 4 of us harvested 58 birds on the same grounds. Last year most of our birds were killed road hunting, whereas this year, less than a half dozen were killed road hunting. Mostly because last year the blizzard after Thanksgiving blew in most of the habitat and it was impossible to walk most of it. Road hunting was a necessity last year. This year road hunting was incidental.

I also walked some CREP land that had birds on it in the past but it also had food plots on it back then. This year, no food plots and only 4 hens off of 2 quarter sections. My friends started calling CREP land CRAP land. I always have done fairly well on CREP lands but not this year. We did find decent numbers of birds on a WIA within the same area. The WIA had a good shelter belt, cattail slew down the middle and a nice grass patch. I tried to take a shortcut through the cattail slew and didn't know if I was going to ever come out the other side. And a that point, I was way to far in to turn around. It paid off with one rooster holding tight in the last 5 yards of habitat.

Already looking forward to next year. But for the rest of the year, me and my lab will be chasing timber doodles in the flood plains and pine plantation thickets of upstate South Carolina. Have a great year fellow hunters. john

Nice report. Sounds like you had a pretty good trip. Conditions on & around the same spot definitely change year to year & affect the number of birds & where they spend their time. Curious...how many dogs last year??
"Most pheasants in South Dakota don't react too well to #5s." -The Hunt for Red Rooster
S

Last year we had two of the same dogs as this year.

The rest of the story is my trick back went out on me Monday morning before the hunt and I was unable to hunt the first three days. So we had the most experienced dog and gun only hunt two days this year.
You must log in or register to reply here.
Share:
Facebook Twitter Reddit Pinterest Tumblr WhatsApp Email Share Link
Top