Hey all, well today ended our season. It was a good one, not great, but darn better than the last two. Yesterday was kind of a bust, didn't bust a cap and saw fewer than the last few times out. Friday was really good, two limits in two hours. Today my son Jim and I went out, we could have limited a few times over if hens were legal! The boy birds were spooky, but can't complain how the day turned out. Jim got one and I managed two. The dog worked really well and the weather has been great. Little snow and above temps for this time of year. We've been lucky! 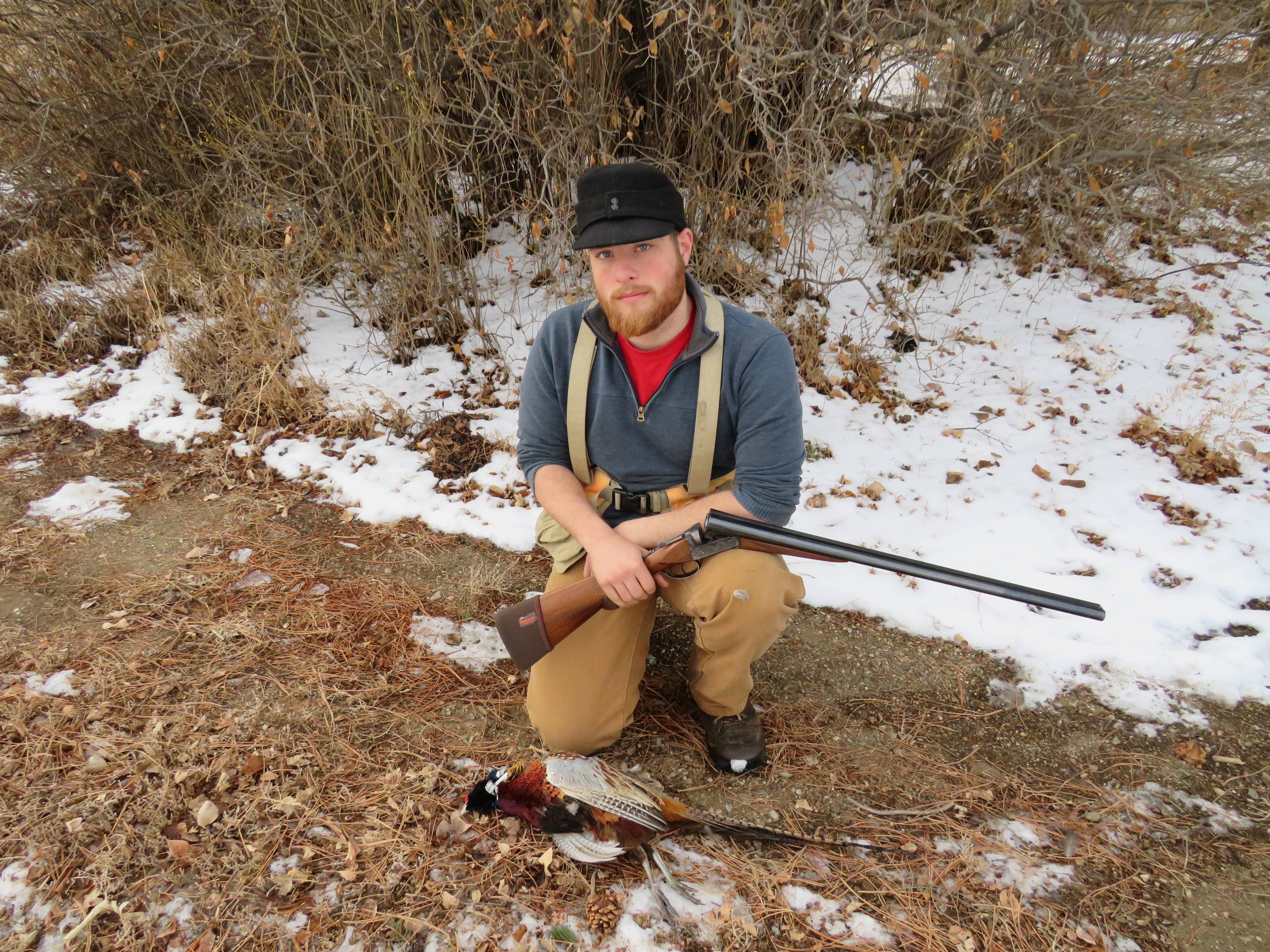 I started the season with my 12b Purdey and ended it with her. 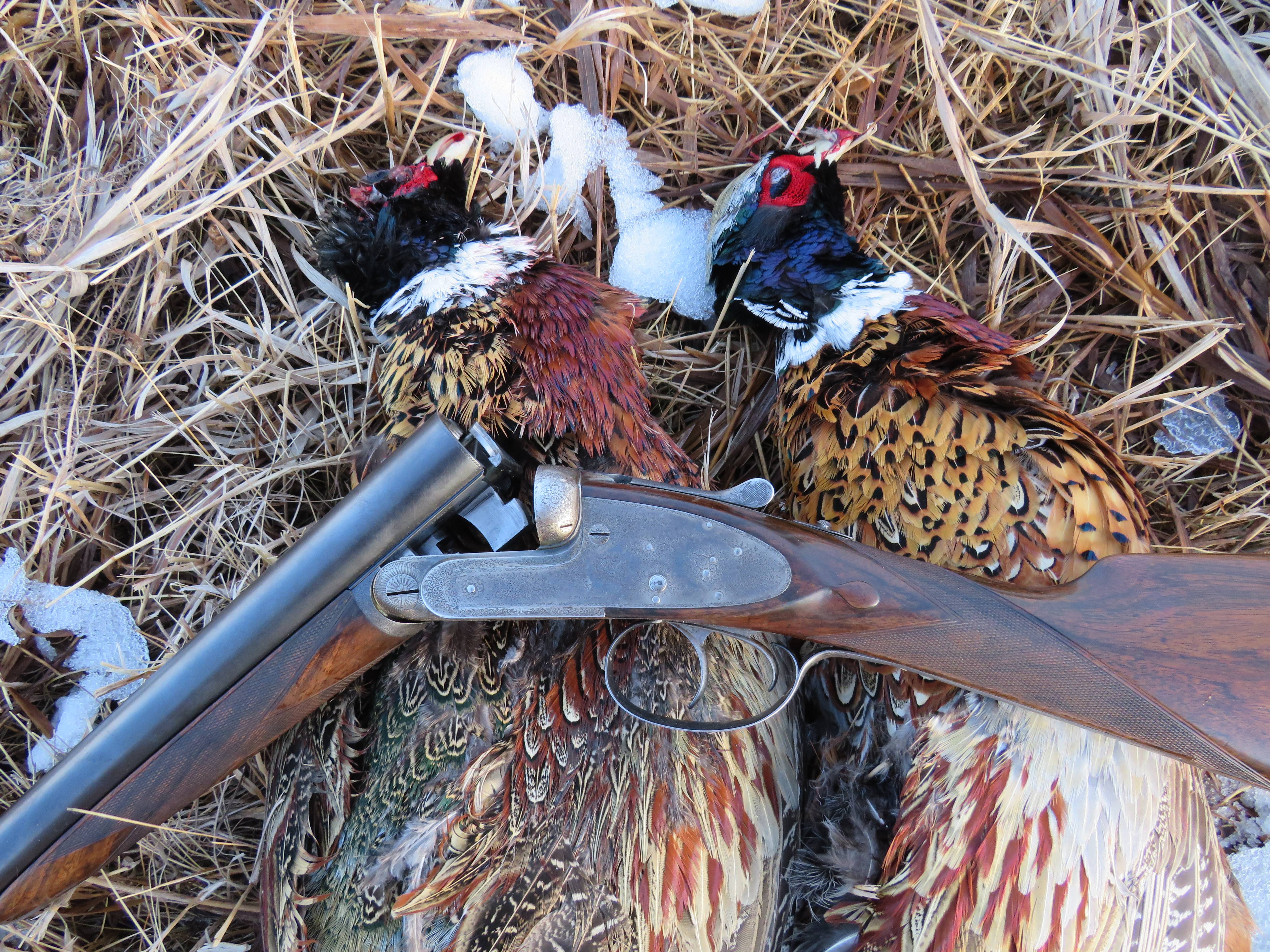 Addie did very well, very happy with her! 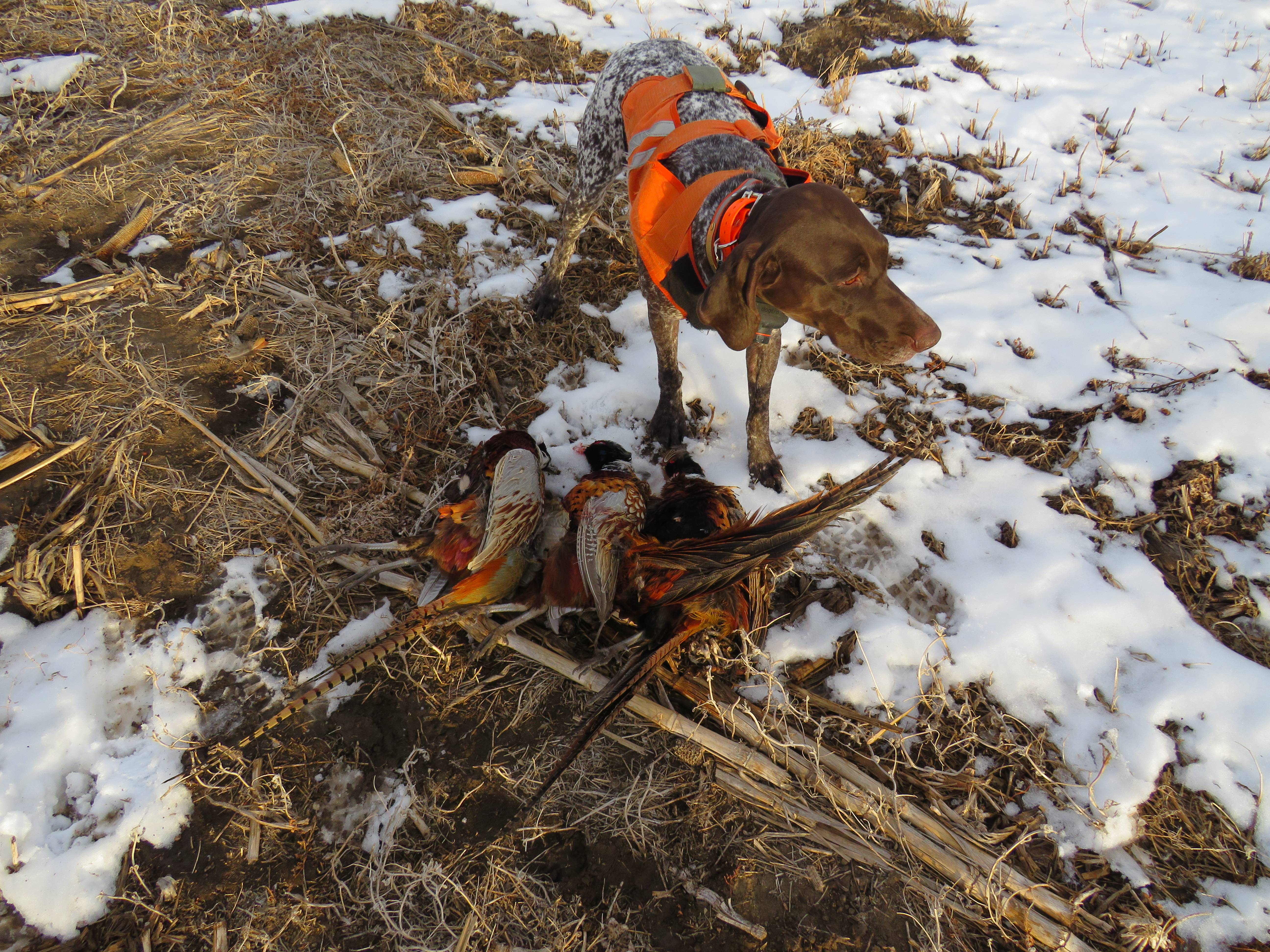 I'm very thankful for a successful and safe season! Thank you Lord and St Hubert.

Congrats on a good season , always enjoy the pictures of the Birds , double guns bird dogs and your boys .

how old is Addie ?

Thats awesome! I sure hope you guys never lose the appreciation of living where you do and having outdoor opportunities so close.
Mike
G

KSBrittman said:
Congrats on a good season , always enjoy the pictures of the Birds , double guns bird dogs and your boys .

how old is Addie ?

Thanks for the kind words!

Addie is 22 months old. She's not any kin to Raina

UplandHntr said:
Thats awesome! I sure hope you guys never lose the appreciation of living where you do and having outdoor opportunities so close.
Click to expand...

Thanks also for the kind words. I consider myself a very lucky man. Great family, live in a nice small farm town and have a great life. I'm blessed!
Gregory J. Westberg
MSG, USA
Ret
L

It went down as a pretty good year. Bird numbers were up somewhat overall, but spotty. Some places had good numbers and some were down. Even if they were only a few miles apart. Hun numbers were up even though I only shot a couple. The annual late season trip to the "prime pheasant range" was a disappointment again. I had a high proportion of young birds in the bag. A change from last year. Pressure did seem to be up a little as well.

I did not lose hardly any days to weather (high winds, extreme cold, heat, or snow) this year and was able to get out fishing after some morning hunts. Could have used a little snow late season to concentrate birds a little more. I don't remember any real bad misses this year. The kind where the bird gets up and you feet and you knew it was coming. Federal Hi-Bird 5s worked good for me. I needed new insulated boots and because of an amazon delay on new Irish Setter Elk Trackers, I ended up with a pair of Crispi Boots. I am glad I got them. We will see how long they last but they work much better for me.

I didn't burn the vacation time that I wanted to due to the Rona, but it sure made being out a little sweeter when I got the chance. I also got to shoot a few birds over my 12 yo Draht with the lame back end. It is a joy watching an old dog work even if they lost a few steps and can't work the cover like they used to. They enjoy the heck out of it as well.
Last edited: Jan 9, 2021
You must log in or register to reply here.
Share:
Facebook Twitter Reddit Pinterest Tumblr WhatsApp Email Share Link
Top