Pheasant report and I got a spring turkey

I've been out driving around SC MN a couple of evenings the last two weeks, and I've seen some encouraging signs. One night in a really short amount of time I saw three different roosters. Another night I saw a rooster and stopped to eyeball around. He was coming out to get a drink by some guys pond during the golden hour. I glassed him, and there were two hens I never would have seen without some good optics! I have also heard a lot of vocalizations while fishing. Lastly I tried for a turkey in northern Washington county, and holy smokes the roosters were crowing so loud up there they were drowning out the gobbles, or at least trying to. In fact I pulled into the spot a little late (half hour after sunrise) and there was a rooster picking gravel. I would love to pheasant hunt up there and know I could have permission but there are brambles and buckthorn everywhere, and would probably be hell on the dogs. 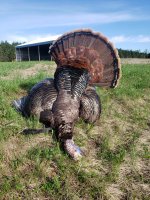 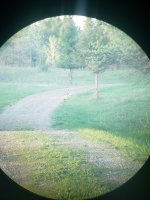