A little late but I've been busy! Was a good morning. Went into a field I had scouted a couple weeks earlier. Saw a couple coveys with about 10-15 birds take off and fly onto private land (of course...) while I waited with the dog for legal shooting time. Walked in and flushed a covey after about 10 minutes. I didn't even see the bird get hit but my dog knew it was down. He took off and brought me a very dead bird. These dogs still amaze me.

Second I shot as we crested a rise. A pair got up out of the grass on the far side of the bowl we were in and I hit the first one and missed the second. Dog made a nice retrieve. Called it good since it was heating up fast. Went out this past weekend and got skunked. 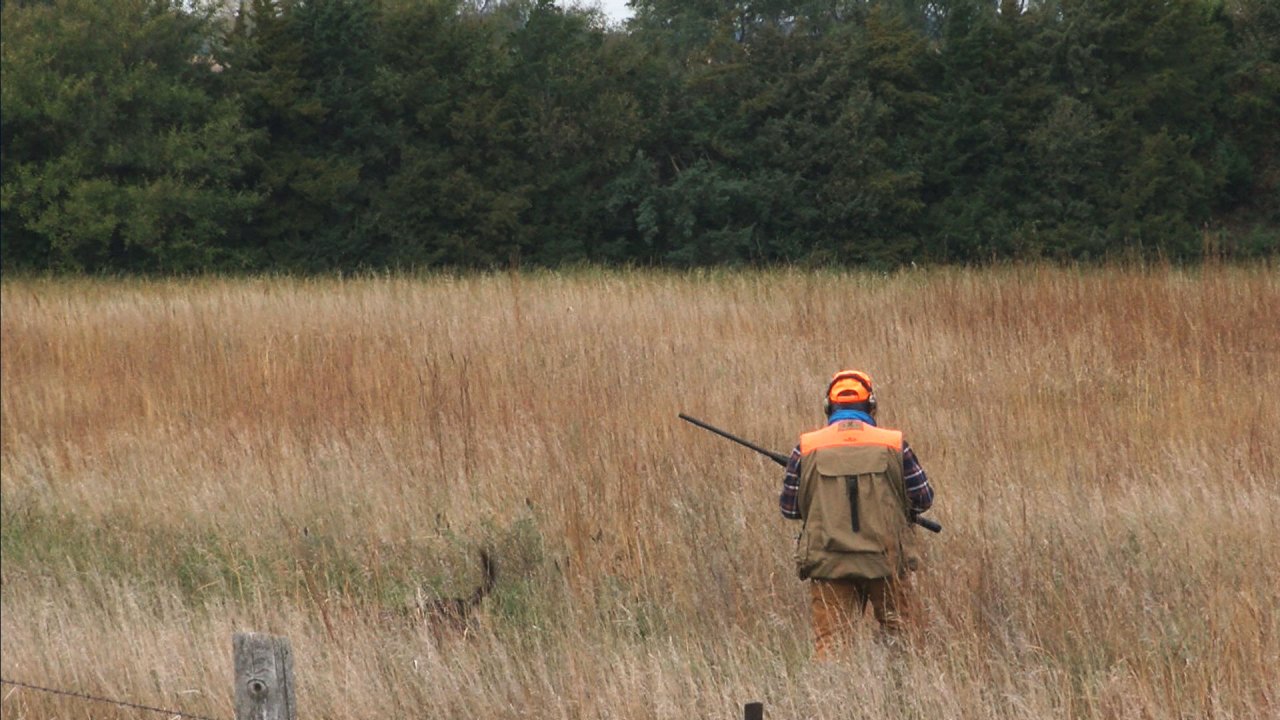 S.D. hunters will get first shot at pheasants

PIERRE, S.D. (KELO) — South Dakotans get first chance this weekend to hunt pheasants on public lands, ahead of people who come from outside the state’s borders for the main opener next …

Resident opener report..... I have a tradition of hunting the same Waterfowl Production Area every year on the resident opener. Duck hunt then go after the roosters. I was set up and ready 20 minutes before shooting time. What a show the ducks put on this morning. groups of 5 to 20 at a time dove in to the approximately 5 acre pothole. One of those mornings you think twice about shooting because it's so enjoyable to watch and listen to the birds. Was very happy with my three year old black Lab female's patience. She watched attentively and quietly from her dog blind. When I did decide to start shooting it was over quickly and I had three mallards and three gadwalls in short order.

After a short wait, the dog and I were ready to turn our attention to pheasants. There was standing corn bordering one side of the property and a new sizeable food plot on private land in another direction. While duck hunting I saw and heard many pheasants. I figured many would find their way to the standing crop. At 12:30 the small Labrador female delivered my third rooster to hand. This bird had been hit in the wing and and went down in a slough, head up and completely alive. The dog had a great mark on the bird and I got to watch a wonderful retrieve as she did battle with the rooster who was doing his best to make an escape.

Overall, I saw the three roosters I killed and one hen. Less birds than I would normally expect to see but as mentioned there was a significant amount of crop standing. No other hunters seen as usual because this spot is quite difficult to access. Hope your opener was a success!
Never expect your dog to be any more precise in his work than you are in your training
You must log in or register to reply here.
Share:
Facebook Twitter Reddit Pinterest Tumblr WhatsApp Email Share Link
Top