The "Glory Days" What have you seen?

I was driving to me Chamberlain property the other day and it gave me time to reflect on alot of things. As I approach 62 years old, I was looking back on the "Glory Days" I have been able to see in my lifetime..

1) Hungarian Partridge of Southwest Minn in the mid 70s. It was am amazing how many there were back then. After school, I could road hunt and find 15 coveys nearly every day, in just a short time.. I dont have many pictures. We grew up poor. My dad passed away at 36, when I was 14 years old, and the second oldest of 6 kids. My mom a year later. This is a picture of myself and a friend of my dads who took me under his wing . For that, I am very, very grateful. 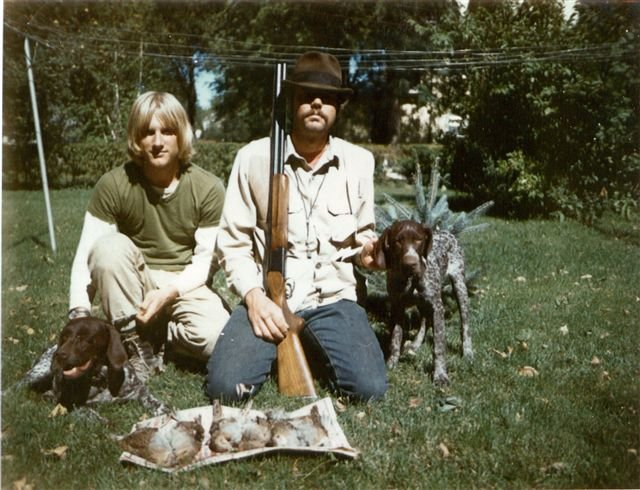 2) Red fox of the midwest. Ive been hunting Reds since my dad took me when I was 8 years old. I snuck out on one with a .22 long rifle and managed to harvest it. Then, I graduated to a high powered rifle, a 6mm remington. They were everywhere from mid 60s till the late 80s/early 90s, when coyotes moved into the farm country, and a devastating mange cycle knocked off the large population. They have never recovered. 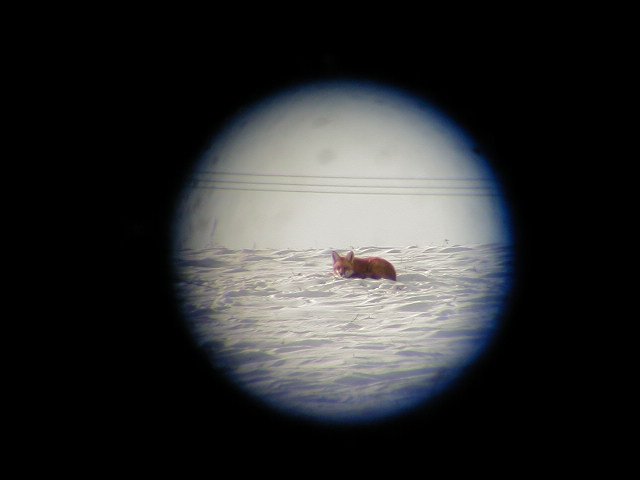 My 8 year old daughter with her first red 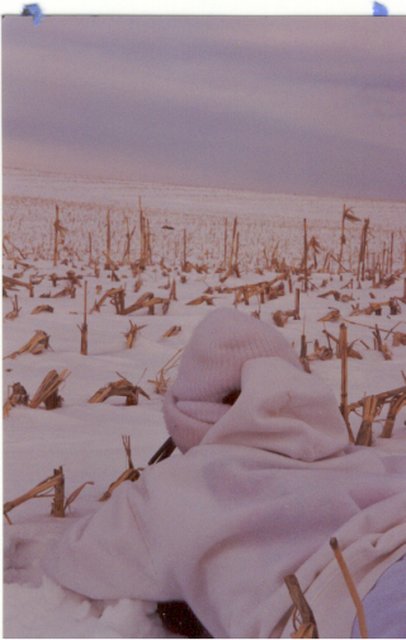 28 days, 2 guys, no snow. circa 1989 or so. spot and stalk. Didnt start hunting till Dec 22nd because there was no snow, season ended Jan 20th. Was out pheasant hunting west of Spirit Lake, spotted one in a bean field. Secured permission, called the wife to bring me the .17. Ended up with 5 that day, called my hunting partner after dinner and told him to go out and look, He ended up with 4 that day. It was incredible hunting the rest of the season. We left all the females when there was a pair. It all ended after that. I dont think Ive shot one since, and have no desire to. 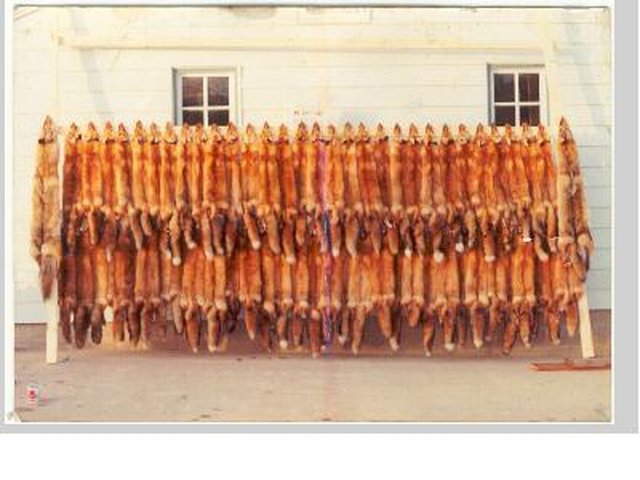 3) Bobwhite quail in Iowa. I never hunted them much, but always made a trip or two down to southern Iowa. I understand they are coming back slightly, but the habitat, and the introduction of turkeys into their territory will keep the populations at a much lower rate. No pictures..

4) White tailed deer in northern Iowa. I never killed a deer until I was almost 30 years old. Just didnt seem like something that I wanted to do. As an accomplished predator hunter, I knew I could easily harvest a deer if I ever felt the need. Wifey and I got invited out for supper one night by a friend of ours. He was grilling venison steaks. That changed everything for me. If they tasted that good, I could certainly go out and shoot one, which I did many times. I always hunted them like I hunted the predators, spot and stalk.. I remember one opening morning mid 80s, where driving around looking for one laying, my wife and I spotted 35 different bucks laying in fenceline, or cover of some sort. They were everywhere. Ive had some pretty incredible sneaks over the years. While I would probably admit, there were too many, but in the 90s sometime the insurance companies lobbied enough pressure to the DNR to get the bag limits raised. This alone began the demise of the deer herd in my area. 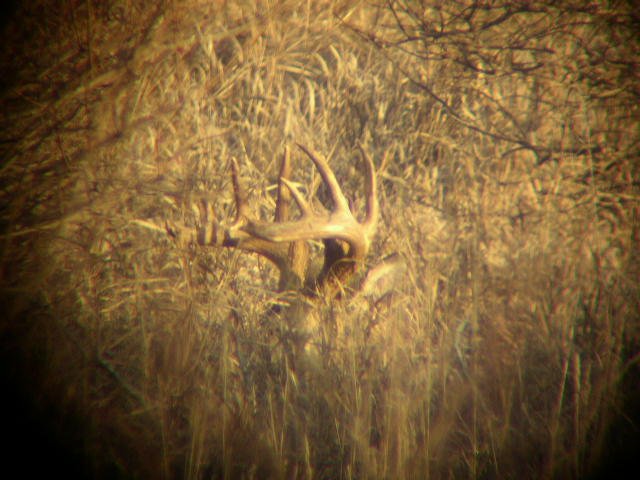 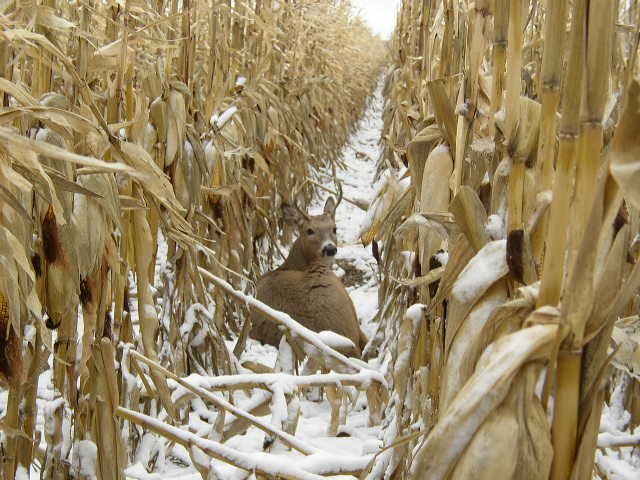 5) Pheasants: Growing up in SW Minnesota, moving to NW Iowa in 1976, and hunting SD starting around 2004. I think SW Minnesota birds are decent still, NW Iowa birds are a fraction of what they were at the introduction of the initial CRP progams back in the 80s. SD.... What to say. I know there were lots of pheasants in the history of the state, long before I ever bought my first license, or property, but for now, I'm guessing in my lifetime, I have also seen the glory days of 2008-2010.

Im not sure theres going to be any more glory days of anything for me in regards to hunting opportunities. As I age, I find myself less inclined to kill things. Been there, done that. I would like one more Hungarian trip, even if that meant going to Montana, or Canada. Ive killed more than my share of Red fox in my days, and have no desire to take another one. Bobwhites will get a pass also.
I may still harvest a whitetail now and then, as I have the ability to buy a late season ML license in SD and am blessed with access to land that would easily facilitate harvesting a doe for the meat.
Last edited: Dec 13, 2018 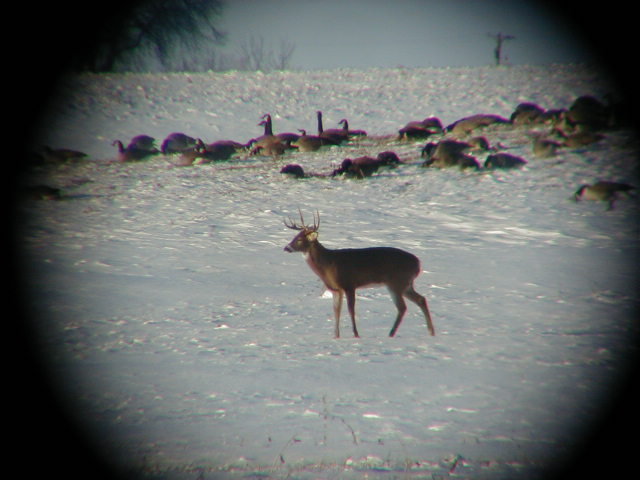 Pheasant pictures.. Where to start? I guess just a few classics.. 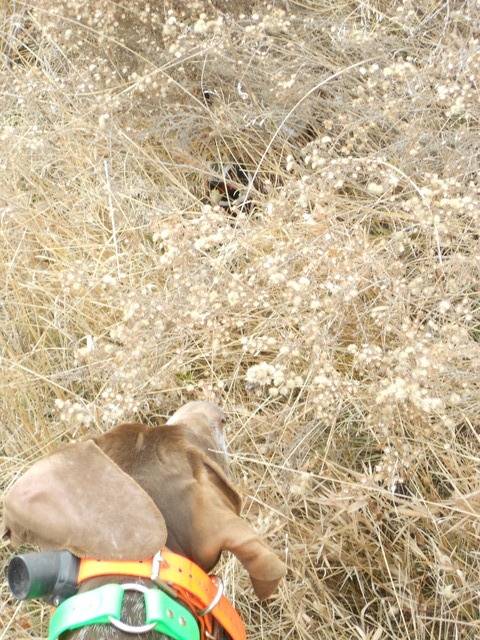 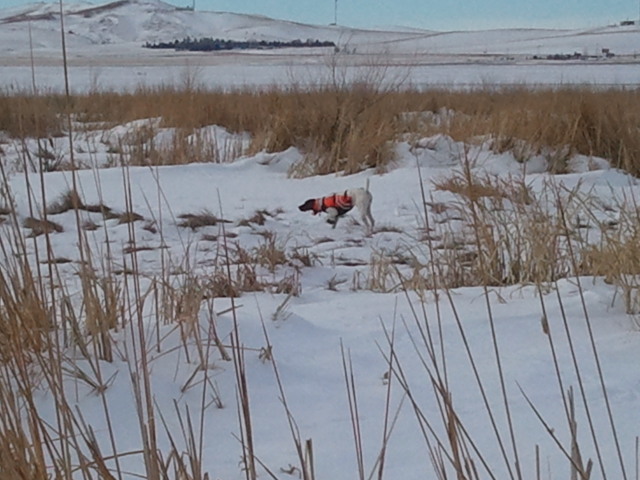 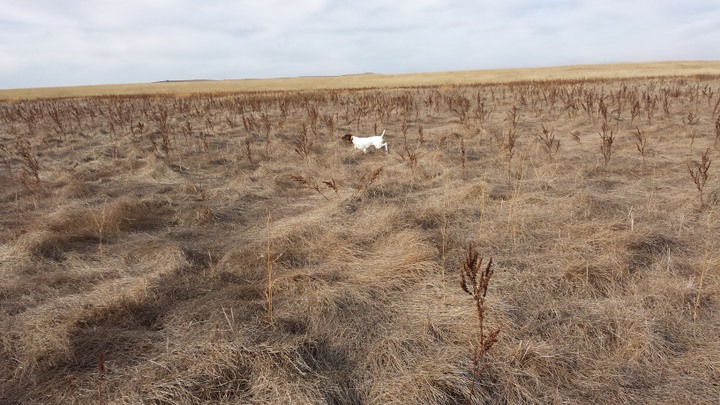 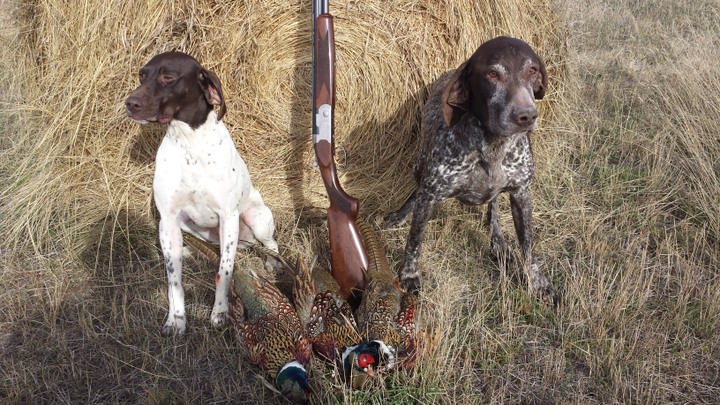 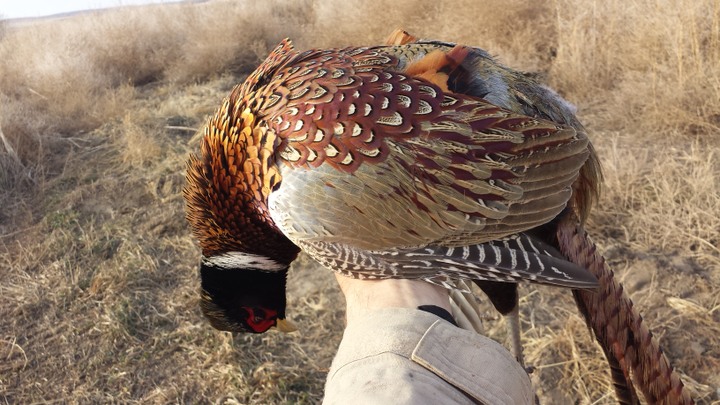 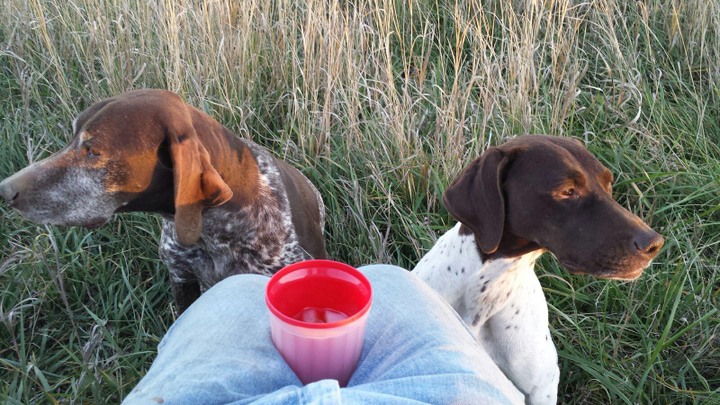 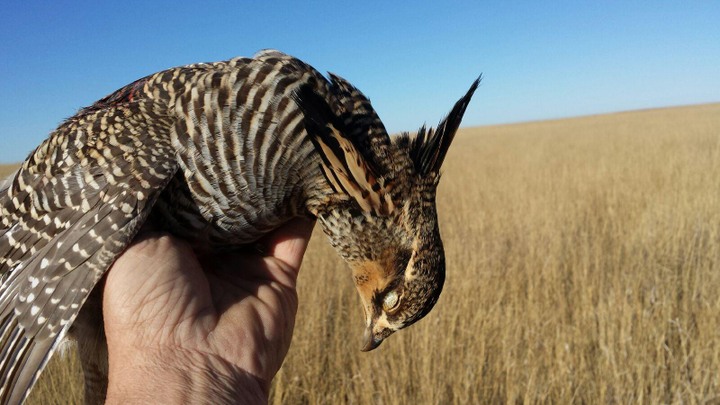 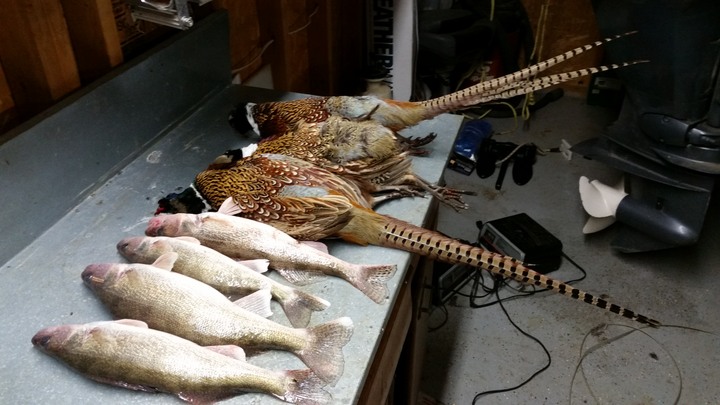 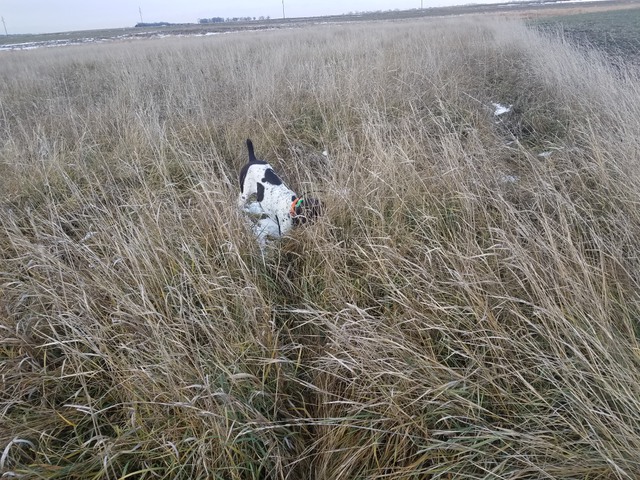 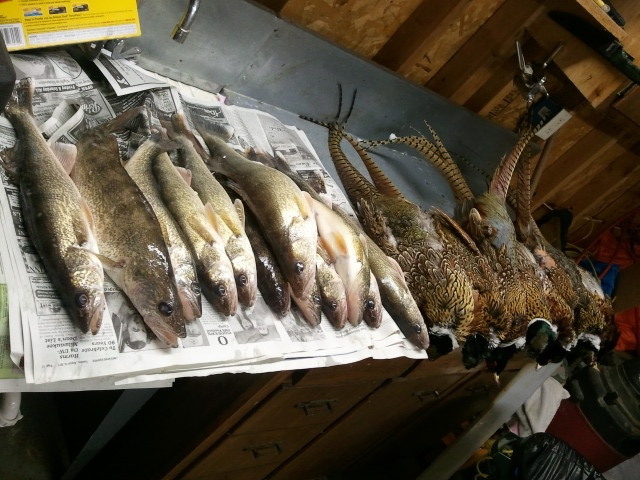 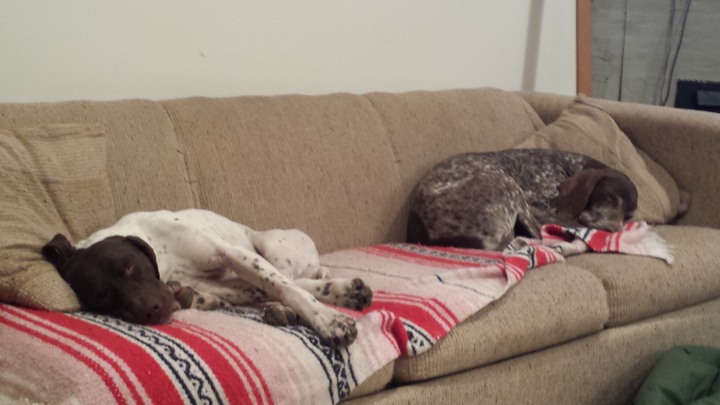 Might add jackrabbits to the list of things not hunted in NW Iowa. Friends and I would go out with shotguns walk through pastures that had lots of bull thistles. A jackrabbit would jump out from underneath nearly every one. Makes for a pretty quick shot.

My dad talked about taking them to Milford by the pickup load to weigh in for sale to the mink farms.

He also talked about going out at night to kill pheasants because they were so thick they ate all the newly planted corn.

I remember dad coming in from the field all excited he saw a deer.

Had an uncle that filled box cars with ducks on Lost Island lake for shipment east.

Before anyone raises the obvious, no, I don’t think those examples have much if anything to do with the situation today.

Nice post reddog. I also grew up in SW Minnesota. My first season in the field with a gun was in 1956. So grew up during the Soil Bank days. Pheasants were everywhere and limits came easy. I also remember shooting a lot of Huns and Red Fox. Back then if the land wasn't posted, had no growing crops or livestock on it you could hunt without permission. To me, those were truly the Glory Days.
G

Dakotazeb said:
Nice post reddog. I also grew up in SW Minnesota. My first season in the field with a gun was in 1956. So grew up during the Soil Bank days. Pheasants were everywhere and limits came easy. I also remember shooting a lot of Huns and Red Fox. Back then if the land wasn't posted, had no growing crops or livestock on it you could hunt without permission. To me, those were truly the Glory Days.
Click to expand...

The days of not having to have permission, were the glory days.Ive never hunted big game, or shot a fox, I'll leave that to those type people.However, I have harvested more that my share of pheasant, and geese.Nice pics, but I don't get the fox thing, or rabbits.
P

Great history report. My first year in the field with a gun was 1989. So I missed the glory days for sure but got in on some good hunting. I remember my first trip to Iowa when I was 12. My Dad was still looking for the "grey partridge". Or huns as the locals called them. I personally have never seen one in the wild while hunting. The farmer I hunted on in Montana said they were around but few and far between. Never saw any. The fox pelts were worth something back then too were they not? The second trip I made to Iowa was when I was 14. The guys we went with pheasant hunted all day. Ate dinner. Took a nap. Then coon hunted all night. I remember they brought back over 100 coons. I think they were still getting enough money at the time for coon pelts that it paid for their trip. I never hunted coons, but I drove the truck for them one night. Guys would come up and throw 3 or 4 coons in the bed and head back down to the creek bottom. My daughter missed a grey fox with her bow this year. Would have made for a nice mount.

Not many pictures from this trip, but stil gotta say, South Dakota is a true sportsmans paradise. Came out to the cabin at Chanberlain on Sunday night. MO was to lay a new floor at the cabin, and hunt or fish, depending on the forecast. Was greeted by 3 roosters walking out of our tall grass prairie on Monday morning.
Laid flooring till 1 pm on Monday, then hooked up the boat. Caught a 3 man limit on a couple hours and called it a day. Got up today, laid flooring til 10 am. First fish in the live well was 1047. Last fish was 1204. Went back to cabin, cleaned fish and geared up to bird hunt. Drove 40 miles east and started hunting 3 guys at 2:30. At 4 o'clock, we were all back with our 3 birds. Awesome day on the prairie. While I have seen the good times in the past, they are still here if you're wiling to put in the effort.

Pheasant Whisperer. Yes, the pelts topped out for reds at about 125. I never hunted for pelt money and didn't really like the high prices and the associated pressure it put in the fox.
A

Don't have any pictures from back than, but.. When I first moved to Alaska the limit on grouse(both spruce and ruffed) was 15 and the limit on ptarmigan was 20. Only shot both limits on the same day once, but came close many times. As for fish I routinely caught and released over several hundred king salmon a year, once with a light flyrod I released 35 on a single tide turn. Last year I shot about a half dozen grouse and caught one small king. Back than I didn't think it would ever end, boy was I wrong.
You must log in or register to reply here.
Share:
Facebook Twitter Reddit Pinterest Tumblr WhatsApp Email Link
Top